Usually when I mention ONE STOCK, the idea is to focus on one name to trade multiple times throughout the trading day.

But I think I need to address a stock that I wouldn’t trade with your money.

A stock that everybody has been asking about lately.

And that stock is AMTD Digital (HKD).

EVERYBODY is asking about this silly stock.

Just look at what it did on Tuesday. 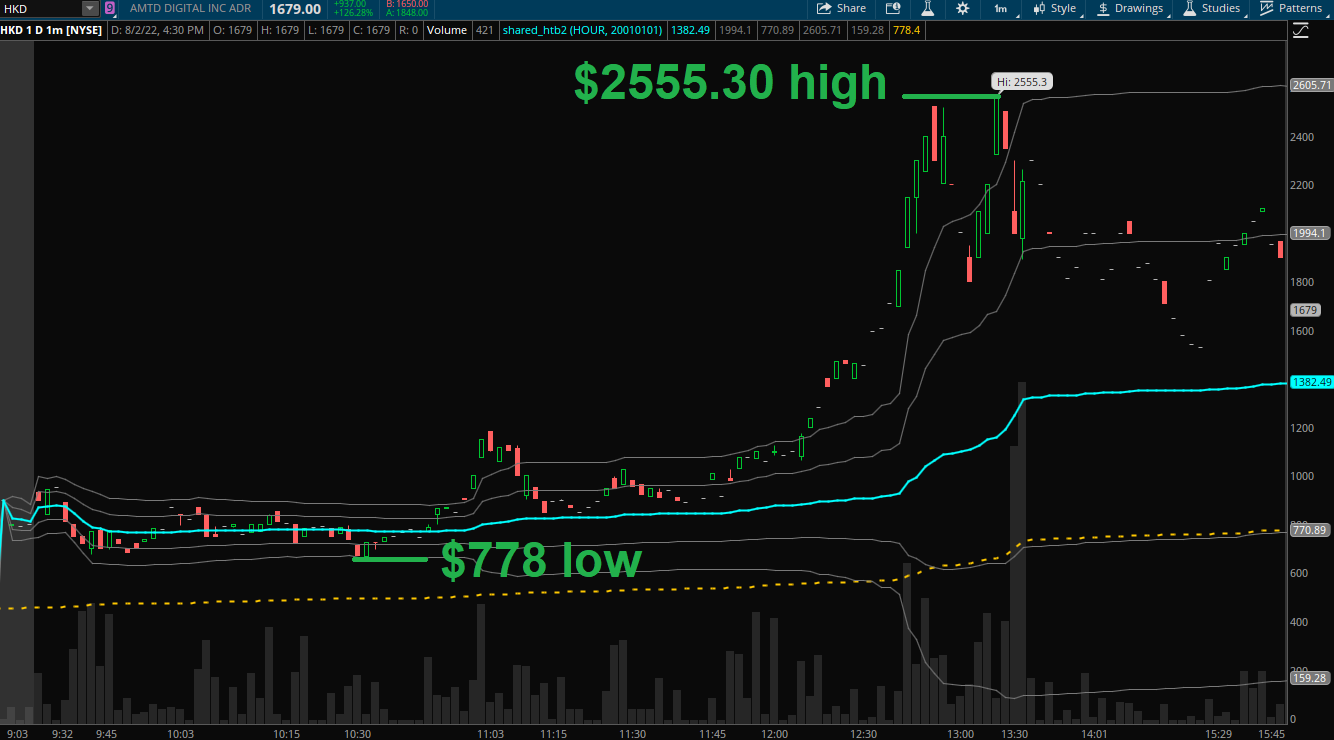 It’s even more crazy when you look at the daily chart.

HKD only recently IPOed. Just look at this chart…

Start your journey down the path of trading salvation with a headfirst dive into the VWAP bible.

This stock is bananas 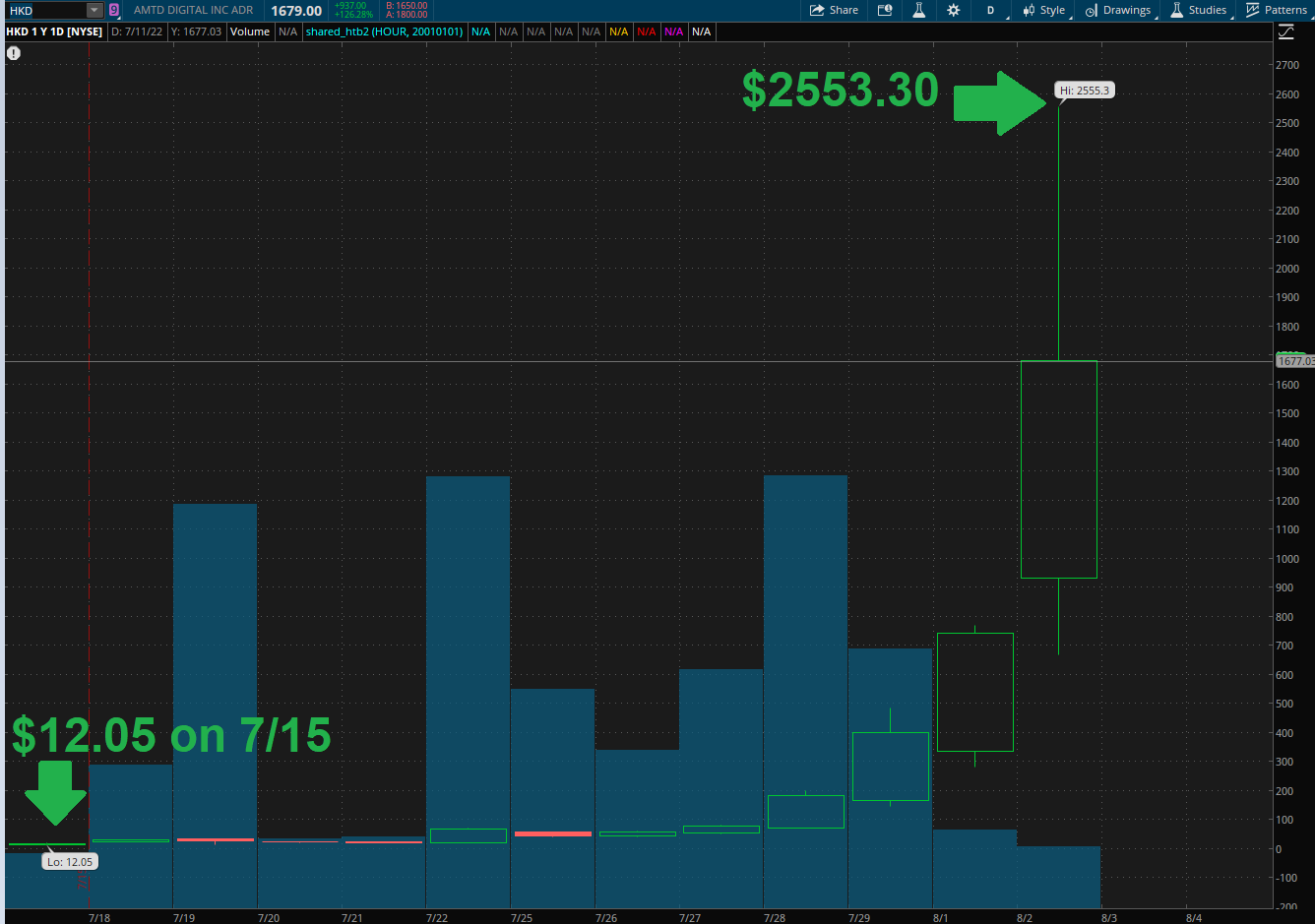 This is completely unhinged.

And that’s coming from me!

Because of this astronomical move, I’ve had multiple traders – both Warlock’s World members and non – ask me about this crazy stock.

There is NO CHANCE I would even TOUCH a stock like this. And there’s a few reasons why.

I’m a nimble day trader. I make my hay trading stocks that I can get into and out of quickly.

And what puts the V in VWAP? VOLUME.

Yesterday, HKD had 350,000 shares traded. I’m usually trying to trade stocks that have that amount of shares traded in the premarket.

So that’s strike one.

Strike two is the current price. The most expensive stock that I trade is my favorite stock – the Invesco QQQ Trust (QQQ).

Other than that I like trading stocks in the $5 to $50 range, with some wiggle room to either side of that range.

That way I can buy a couple hundred to a thousand shares and scale out of my position while scattering my stops.

The share price of HKD makes it near impossible to trade that way.

Defining your trade on a stock that trades at such a high price inherently brings greater risk.

That’s the opposite of what Warlock’s World is all about.

Strike three is the bid/ask spread.

Because HKD had such low trading volume, it’s illiquid,

Meaning that not only is getting into and out of the stock incredibly difficult, but the prices at which your orders might get filled could vary wildly.

Check out the bid/ask spread of HKD at one point yesterday:

The highest price a buyer was willing to pay was $1.50.

The lowest price a holder was willing to sell was $3072.

If you placed a market order for this stock at that time, you could have potentially been filled at any price in between the bid and ask.

That’s just not the kind of risk that I’m willing to take.

Look, I’ve been doing this a long time.

And stocks like this come and go. They’re fun to watch from the sidelines.

But what goes up? Must come down.

Who knows? I could be wrong and we’re looking at the next mega cap tech stock that nobody knows what they do.

Just because I’m missing this ride doesn’t mean I’m not making money elsewhere in this market.

As much as I can talk about all the winners that I’ve traded recently, understanding what not to trade and why is nearly just as important.

This stock is one that I would not trade and neither should you.

Stick to the trade that works – 1-minute multiday VWAP reversals around stocks that have reported earnings.

And the best way to fully unlock the single most reliable trade I have ever seen is to join my Warlock’s World today.