When it comes to finding the best trades on the market, I use the VWAP to be able to tell me when exactly to buy and when to sell.

But did you know that VWAP trades can even set themselves up before the market opens?

But if you’re savvy like me, you’ll know that a lot of the action and momentum on stocks can occur well before that opening bell rings.

Techncially speaking, traders can start buying and selling stocks as early as 4 AM and as late as 8:00 PM.

I personally wouldn’t try and place any orders at these times because very little people are around to bid on a stock.

Plus, a lot of platforms and brokers won’t even allow you to trade this early.

Thinkorswim under TD Ameritrade, the platform I use on my Warlock’s World streams, allows its users to trade as early as 7 AM for instance.

Even 7 AM though can often be too early. We want to target unusual volume In a stock.

Volume is the first word in VWAP, and that especially is important before or after the market is officially open.

Enough volume makes it so the spread on the stock stays tighter, and you aren’t caught in an awful trade.

Remember to stick your pillars of day trading when targeting stocks that you think you can make a quick buck on.

Take for instance GROX that jumped right at 7 AM as volume spiked on the stock. 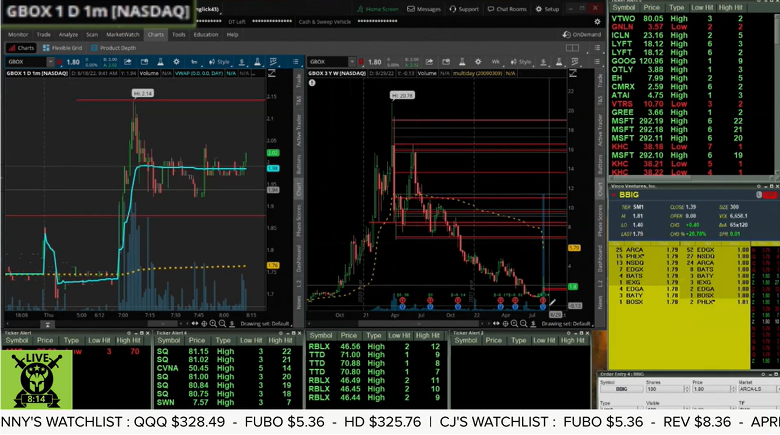 If you had been watching the volume, bought at the lower end of the move up, and sold into it falling back down, you would have had a quick profit in less than 15 minutes.

But it’s all about putting in those stops, selling into the move up and using that VWAP as a guide to know when to jump in.