Did you miss it?

The latest trade that I gave – during Money Morning LIVE no less – that could have paid for your entire Warlock’s World subscription?

On Wednesday morning, I was talking with Garrett Baldwin about what stocks were moving in the premarket.

And the topic of Alibaba (BABA) came up.

At the time, BABA was in a downward trend, below VWAP.

The stock had gapped up on news and was already selling off.

Normally, I’d be looking to play the fade.

But my Spidey senses were tingling.

No, it wasn’t because of Voz, but because my Warlock’s World members and I had traded a similar setup in BABA months ago.

And a Warlock never forgets.

I even brought up the chart and showed Garrett. 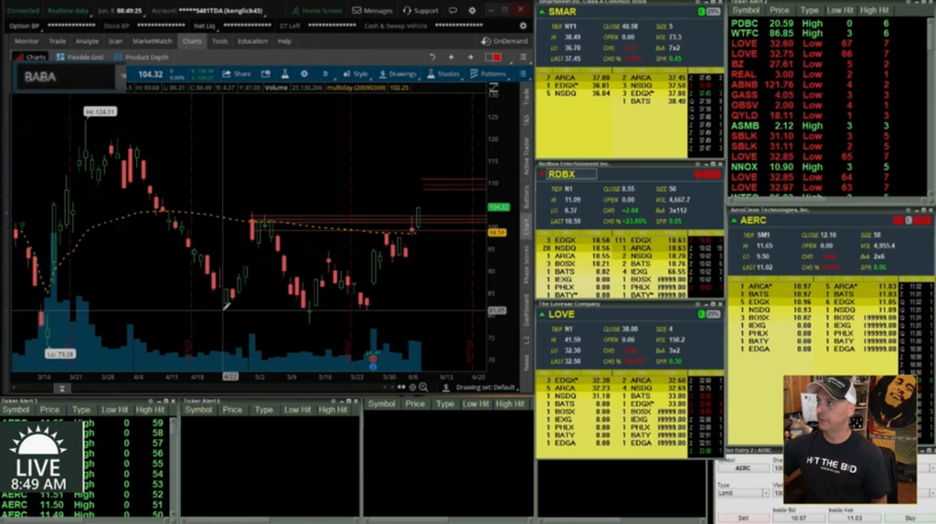 At the time, the stock was trading below VWAP.

My exact words were:

So that’s a BUY POINT, which at the time was VWAP.

And I even said”

BABA broke the $109.65 level early in the trading session…and never looked back.

And lo and behold! The stock topped out at $121 per share on Wednesday!

A trade of only 100 shares of BABA from my DEFINED price point could have returned over $1,100 on Wednesday.

That’s more than enough to afford my super special quarterly offer of Warlock’s World for only $750.

And enough for Red Lobster afterwards.

And this was only ONE trade.

Oh, what’s that? You haven’t heard of the quarterly offer for my Warlock’s World?

It’s a super special offer for three months of my Warlock’s World for only $750.

And it ends this week.

And the next time a trade like BABA comes around, you can pay for your entire subscription.