Oops, I did it again.

I CALLED THE CRASH.

During Friday’s Warlock’s World live stream, I noticed even though the market had already moved to the downside, there was plenty of room for more selling.

How did I come to this conclusion?

Well first, I had time to look after my Warlock’s World community and I cashed in on trades in Peabody Energy (BTU), Cleveland Cliffs (CLF), Snapchat (SNAP), and Vallon Pharmaceuticals (VLON).

Look at those names – a couple stocks reporting earnings, an old reliable that I often revisit, and a crazy biotech.

But the real winner was taking a look at the market at large and seeing potential for MASSIVE gains by playing the downside.

And what tipped me off to make this potential downside move come true?

If UVXY is showing strength, there most likely will be more selling in the market in the short term.

And on Friday, I noticed that UVXY was staying strong.

But my scanners were largely red and UVXY was hanging around. 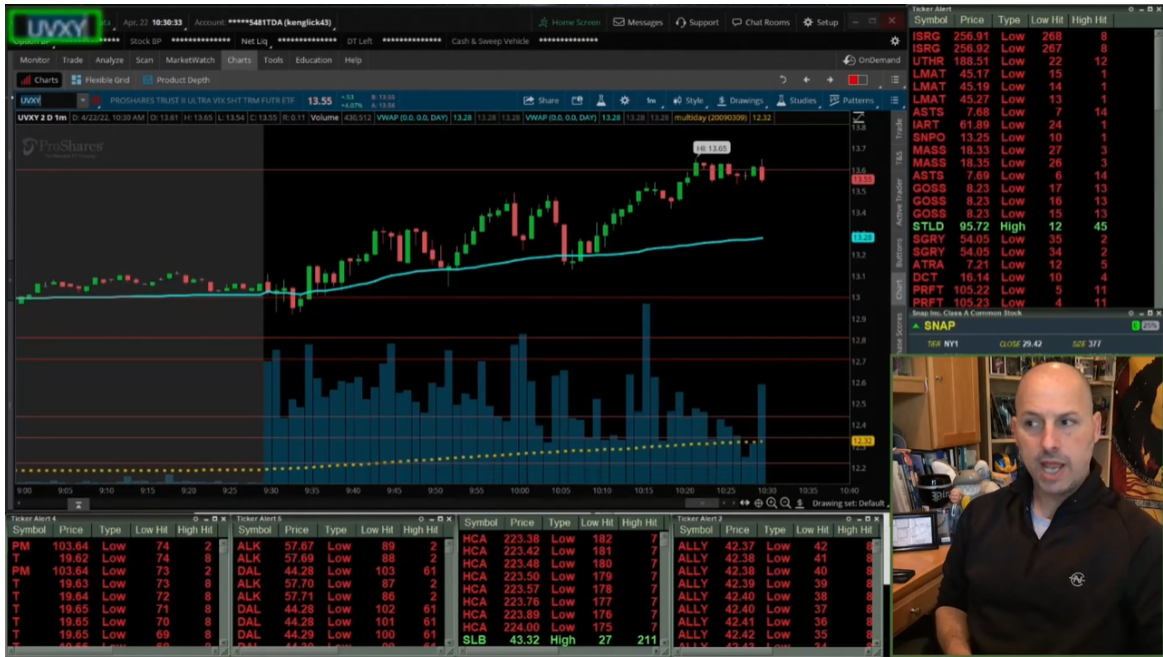 I also mentioned that I was looking at lottery options on Invesco QQQ Trust (QQQ).

Well my instincts (or as 8-Baller calls it, my “preternatural feel”) for the market were correct, as UVXY took off like a rocket to close the day.

That UVXY call spread went to the maximum value of $100.

And those QQQ options?

It’s the best time in the world to be a VWAPian.

Especially as earnings season ramps into its BIGGEST. WEEK. YET.

Just look at some of the name reporting this week: 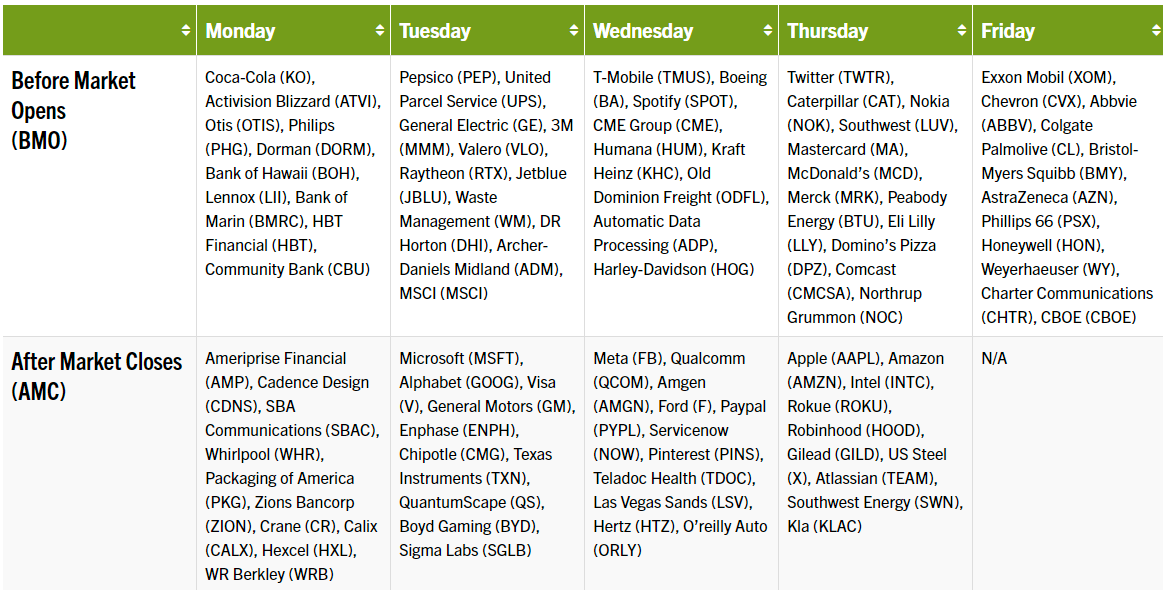 Earnings for the week of April 25

And it just so happens that THIS WEEK is when I kick off my bonus LIFETIME Warlock’s World sessions based on earnings.

This is where I set up my LIFETIME Warlock’s World members with the roadmap of how to tackle trades to the upside and the downside of stocks reporting earnings.

And it’s all getting started on TUESDAY.

And you don’t want to miss when I call the next crash.

So join my Warlock’s World NOW, and thank me later.