I hope everybody had a great weekend.

I came into Warlock’s World this morning and was ON THE HUNT.

Stocks were taking a BEAT DOWN to open the day, which gave me an opportunity to capitalize on the downside AND potential upside reversal.

One of those stocks was Affirm (AFRM).

As VWAPians, we really don’t care about ANYTHING a company does.

ALL we care about in Warlock’s World is PRICE, VOLUME, and VWAP.

So when AFRM dropped under VWAP to open the trading session, I was hawking the stock to potentially bounce off my premarket lows. 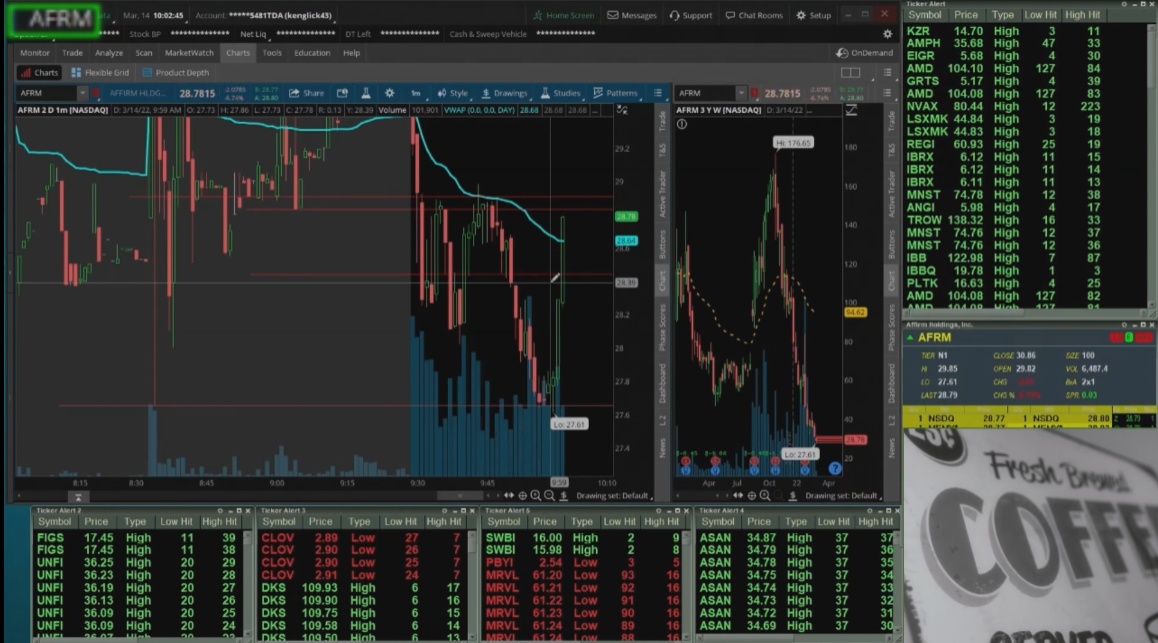 AFRM revisited the premarket low almost to the PENNY then bounced ABOVE VWAP.

I went in with the plan: if it breaks VWAP and it tests the lows of the day, buy it down there.

AFRM hit support, double bottomed, then reversed to the upside.

Buy it as it comes off those lows, using those lows as your stop. Trade defined. That’s how you stay with one symbol all day trading VWAP.

And I missed it. That was the entire freaking plan.

As we were exploring other potential trades in Warlock’s World, the stock did EXACTLY what I had been looking for.

This reminds me of one of my patented Knowledge Bombs. 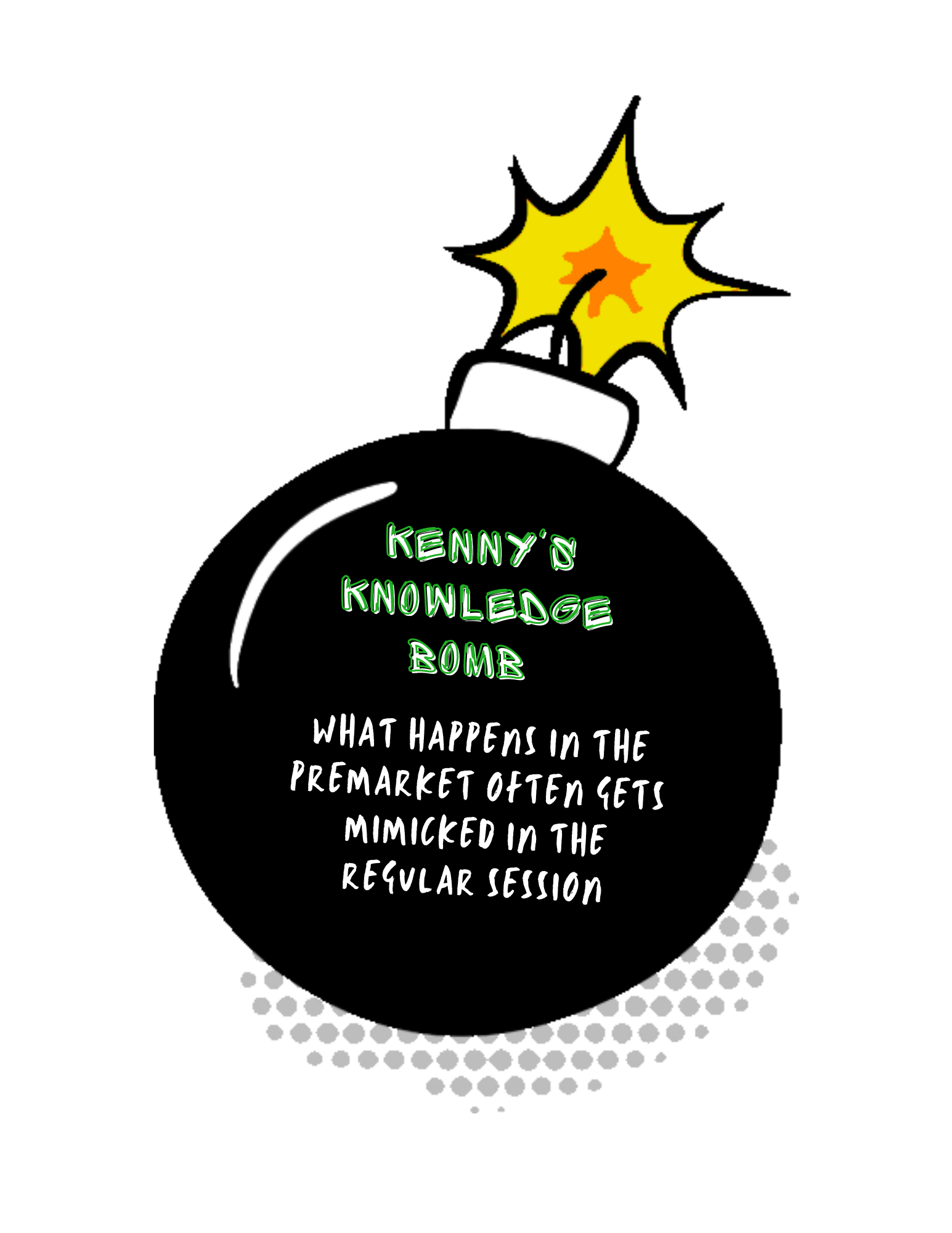 What happens in the premarket often gets mimicked in the regular session.

That’s why AFRM bounced off the premarket low and rose back above VWAP.

It’s the same thing that happened in premarket trading.

And I missed it.

But that’s OK. Because as VWAPians, we stay disciplined.

We don’t do call spreads.

In Warlock’s World, we stick with VWAP.

Here’s the trade that works every time and here’s EVERYTHING ELSE.

How do you change the game? Go right back to what works.

For me, that was trading the Invesco QQQ Trust (QQQ). 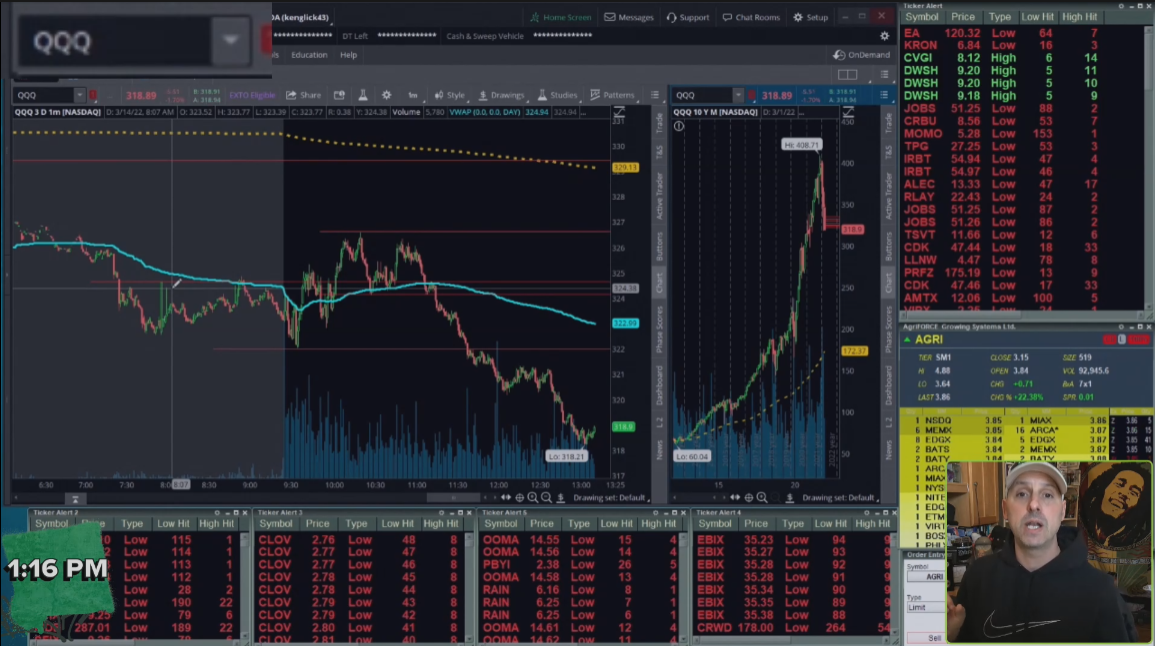 Disciplined revenge with the QQQ

This is a bearish version of the “asscrack breakout”. And it just so happened to coordinate with VWAP.

And just like that, staying disciplined and consistent to what I teach in Warlock’s World turned around my ENTIRE trading day.

THIS is why you need to be in Warlock’s World.