I’ve been out of town the past few days, which is why you haven’t seen me on the 8:30 a.m. ET Money Morning LIVE show, but that doesn’t mean I’m not thinking of you…

Okay, so MOST of the time I’m NOT thinking of you, because I’m busy crossing off “Grateful Dead concert” from my Bucket List and having a merry ol’ time with my friends.

But I do think about you some, I swear.

In fact, I miss you so much that I’m going LIVE for a special 3 p.m. ET session tomorrow in the Money Morning LIVE room.

After all, only the remnants of The Dead could keep me away from my trading lair during earnings season.

I want to talk to you and my Warlock’s War Room family about some of the trades I like to make around earnings in the afternoon, so make sure you’re there, Blanche!

And speaking of my Warlock’s War Room…

While I’ve been away, my buddy and VWAP coder Solid JELL-O has been filling in during my usual 9:15 to 11 a.m. ET members-only sessions, and I’m starting to think they’re going to oust me because they like him better! 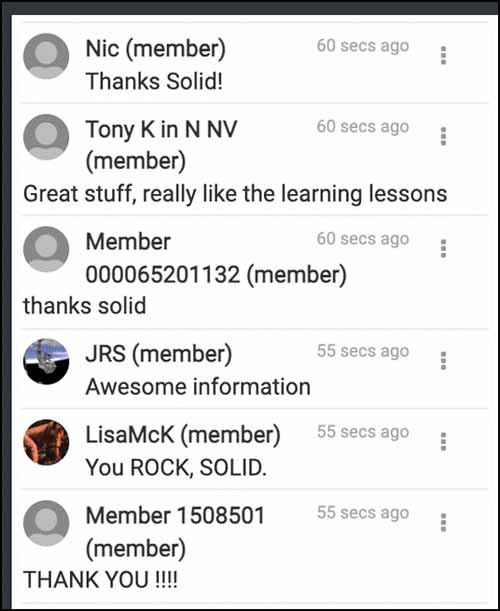 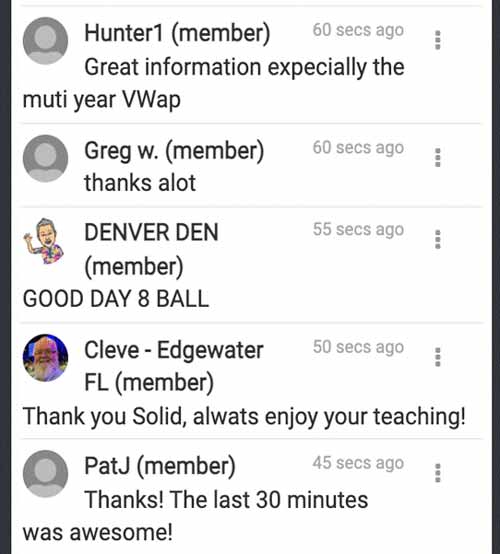 I’m kidding, of course — no one could ever be better than The Warlock, let’s get serious.

But Solid does know what he’s doing, so today I want to break down a fresh Knowledge Bomb he just dropped for earnings season.

Because I’m supposed to be enjoying myself like a human man, not a nerd who can’t stay away from the stock market while at a festival, I’m going to make this pretty short and sweet.

Solid JELL-O has been my “ride or die,” as my teenage son would say, for a long time now.

He’s one of the smartest guys I know and a long-time VWAP disciple, so I appreciate him filling in for me in the Warlock’s War Room this week.

Not only did he take it Back to VWAP Basics for the new kids in the crowd, he’s also introduced them to what he calls the “anti-VWAP,” and people were pretty excited.

Perhaps one of his timelier Knowledge Bombs, though, was a different take on trading earnings season.

Of course, while I’m looking for stocks with the volume, liquidity, and volatility to build my Warlock’s Watchlist each day, Solid is out here living in the year 3021.

He suggests expanding your horizons even further and looking at ENTIRE SECTORS for VWAP opportunities around earnings. 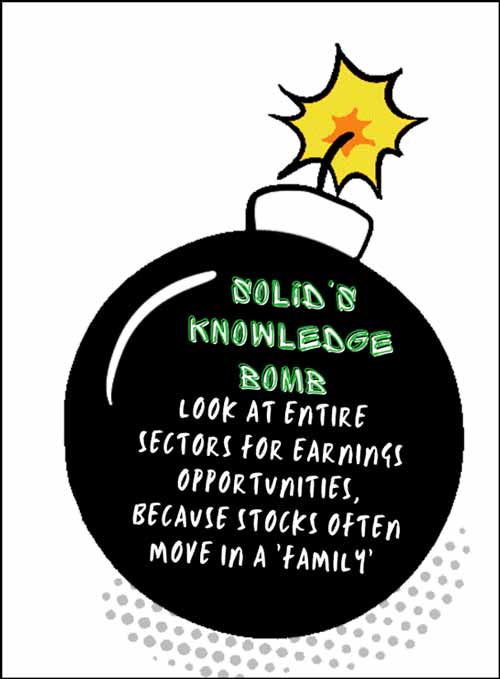 For instance, when Delta Air Lines (DAL) reported earnings, you saw many other airline stocks move in tandem.

That’s because, just like people, stocks have families — and those stock families stick together more than some actual families in Jersey (and that’s sayin’ somethin’).

So instead of limiting yourself to stalking ONLY DAL shares for VWAP opportunities after the Delta earnings report, Solid is saying you could’ve looked at other airline stocks — and even the airline-based ETF JETS — for opportunities as well.

Now, back to the concert…

See you all tomorrow at 3 p.m. ET in the Money Morning LIVE room!