I’ve got a quick lesson for you this morning.

And it’s about none other than…

Can I get a drumroll?

You guessed it… Trading!

Yesterday we pounced on a trade in Leap Therapeutics (LPTX).

As simple as it was, the trade was a great example of what trading is all about.

So today I’m going to spend a few minutes harping on it so you don’t miss the lesson.

To top it off, I’m also going to check in on the potential Marin Software (MRIN) trade I scouted at the end of my time yesterday.

Catch my rolling watchlist here, as well as my daily Warlock Watchlist at the top of ThisIsVWAP.com.

THIS IS HOW WE DO IT

I got in at 3.33 as the stock broke above the premarket consolidation, just above VWAP.

And luckily LPTX started to move back up from there. 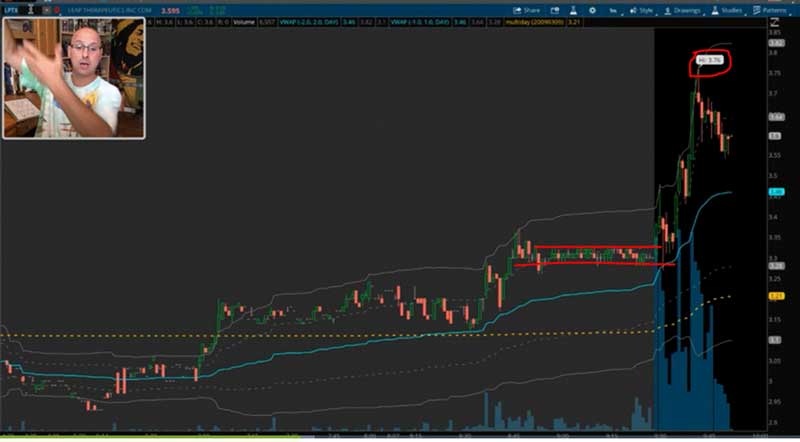 Sell on the way up

What’s the rule we follow when the stock is moving in our direction?

Right again my VWAPians – take some off along the way.

If there’s one thing you’ve learned from watching me, it’s this… you never exit your whole position at one price.

We piece out of it.

This allows us to lock in a winner, but still participate in any further moves in our direction.

So while LPTX was making its move up, I was locking in profits along the way. 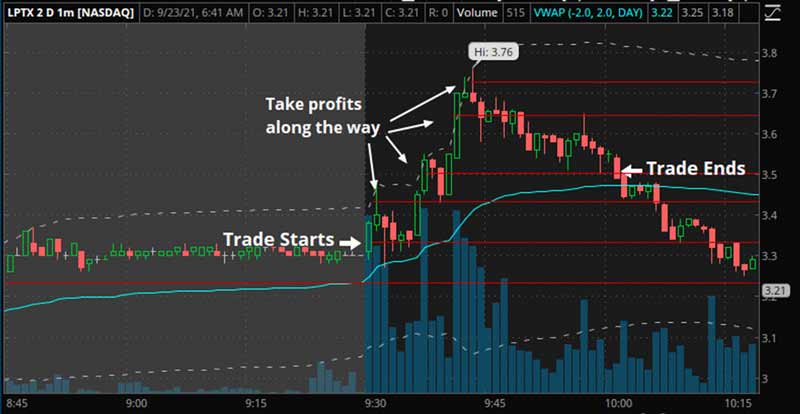 At this point we’ve been paid on the way up and we still have a little left to participate if it keeps going.

But I’m not giving this money back, so my stop is going to protect me and capture the last of the gains.

In case you haven’t caught on… We aren’t trying to catch the top.

There’s a lot of meat in the middle and I’m just looking to take a bite out of it.

Now check out the Marin Software (MRIN) chart I left you with yesterday. 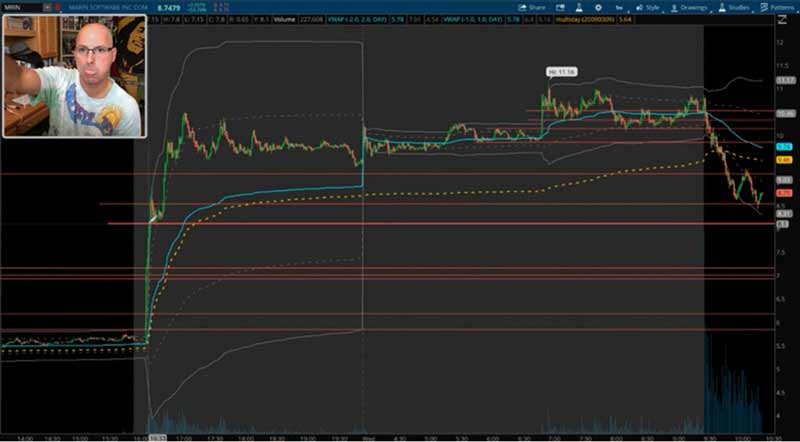 I laid out a potential trade in MRIN at the end of my hour yesterday.

The theory was based on support at 3.53 and the exhaustion of the massive sell off.

If you bought some as it bounced off that level, you could be looking for a little pop from short covering.

The stock was extended from VWAP at this point, so this was a reversion play with a tight stop under support.

The moral of the story – as long as you define the trade, it’s okay if it doesn’t work out.

There was a potential 60 cents (red line) to one dollar (VWAP) in the trade… all on about 10 cents of risk.

MRIN was moving in our direction when my time was up, and I had already said to take some off at a 20 cent gain.

And looking at the chart below, you can see how the trade played out after I was off the air. 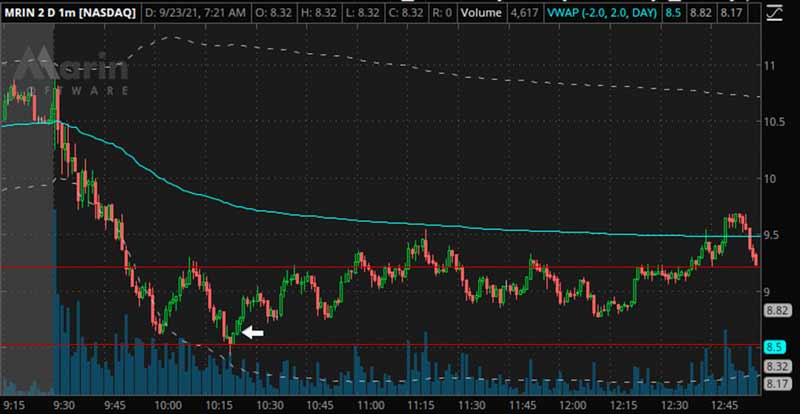 The white arrow was our potential buy when I was talking about it.

The red line under it was the stop, and the red line above was a 60 cent target.

That would take you 48 years to make in a bank.

3 responses to “And That’s Trading”