I would say “TGIF,” but the way I’ve been trading lately, I’m almost SAD it’s Friday.

Honestly, this week has been one of the best in my trading career – which started about 30 years ago, if that tells you anything.

I’m getting some major 1999 vibes, in that making money in this market seems to come a lot easier than usual, especially those killer earnings reversals I’ve been crushing!

In fact, after waking up to a sea of red ink this morning, many traders’ instinct would be to short this market…

But if you watched me trade LIVE at 9:30 a.m. ET today, you witnessed The Warlock Magic play out on stocks like Advanced Micro Devices (AMD) and U.S. Steel (X), to name a few.

You also witnessed something else important…

If you missed today’s LIVE trading session, don’t worry – you can catch my replays right here.

But if you were watching, you heard me say that I LAUGH IN THE FACE OF FRIDAY GAP-DOWNS. 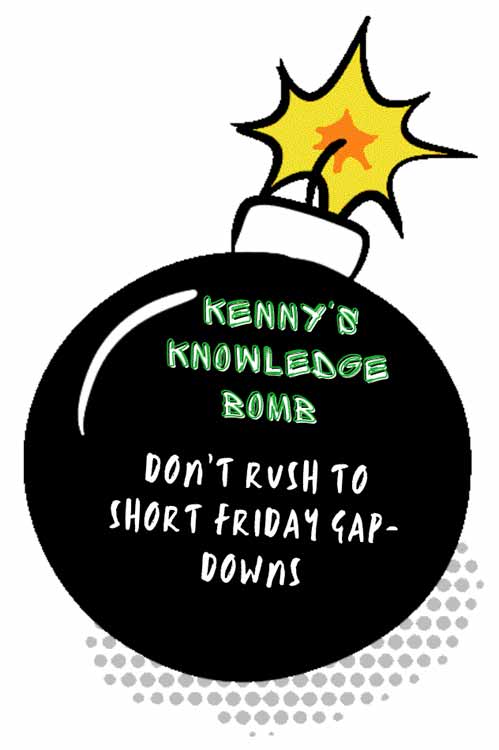 I understand that when you open your laptop and see the Nasdaq down more than 1% before the bell, it’s hard not to be a bit jumpy or anxious to short a bunch of trades.

However, as I’ve been preaching during my LIVE trading sessions, stocks that gap down after earnings usually find buyers… and many times, so does the Invesco QQQ Trust (QQQ).

So when I see the QQQ – which is an ETF based on the Nasdaq-100 Index (NDX) – getting washed out to start the day, my ears perk up big-time.

Because at that point, I’m looking for VWAP VALIDATION on what’s been the most consistent trade of my life: The Qs breaking back above the 1-minute VWAP.

And more often than not lately, when the Qs are down, they don’t stay down for long… Especially on Fridays.

For whatever reason, the market makers/Illuminati like to support the market on Fridays, and many short sellers don’t like holding into the weekend and having to pay interest on those positions.

Don’t believe me? Even back in 2018, Bespoke published a study showing Friday was the strongest day of the week for the S&P 500 Index (SPX), and not much has changed since then, from where I sit. 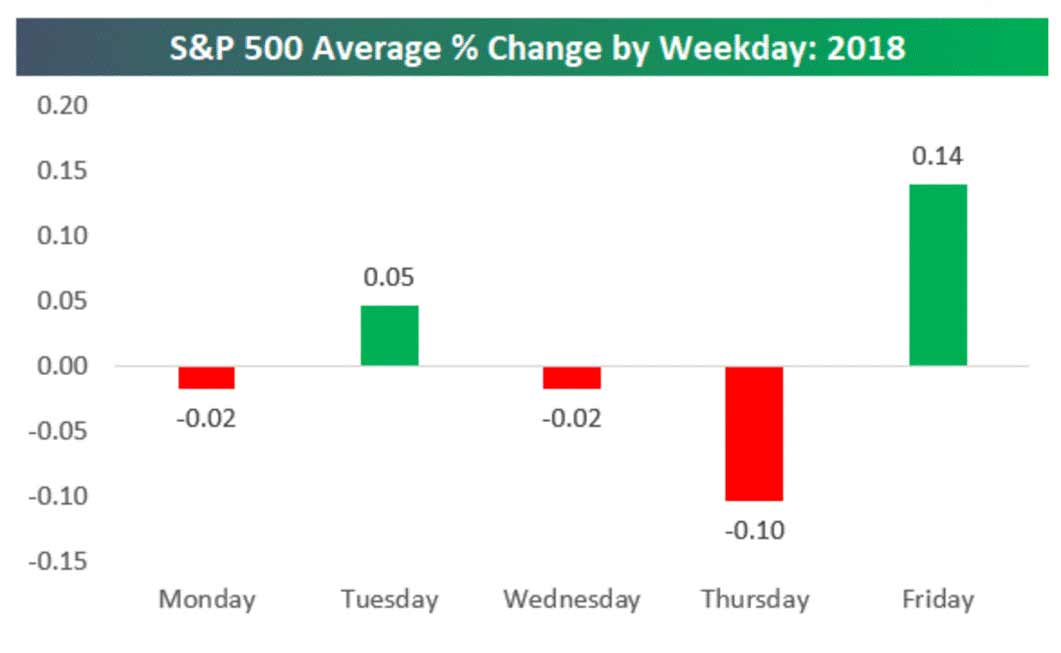 Of course, that’s not ALWAYS the case – nothing usually is, when it comes to trading.

For the most part, though, even if stocks don’t end the entire session in the black, many times they at least move off their initial lows of the day.

And that, friends, is why I like to watch the QQQ for upside breaks of the 1-minute VWAP on gaps lower, particularly when it’s a Friday morning, like today.

When I see a definitive break, that gives me the validation I need to be a buyer at that point in time…

And I see many of YOU are picking up what I’m putting down on the Qs, too! 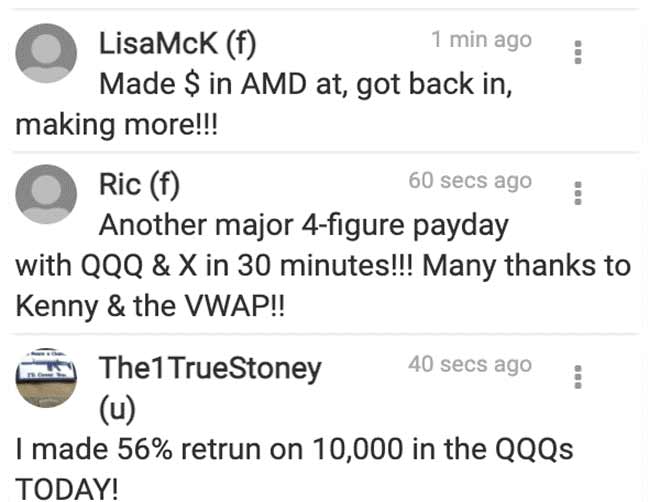 On the other hand, had the QQQ experienced an initial rejection at the 1-minute VWAP, I might be telling a different story.

The ominous Finger of God pattern you’ve heard me discuss so much would tell me the SELLERS were still in control, and that buyers should beware…

And if I see the ProShares Ultra VIX Short Term Futures ETF (UVXY) moving HIGHER (when it’s literally designed to go lower), that’s yet another sign that the Qs could be in big trouble.

Fortunately, that wasn’t the case when I was LIVE this morning, and Papa not only made money on the opening buying frenzy – later in the day, I cashed in on UpWork’s (UPWK) break above the VWAP, more Citrix Systems (CTXS) follow-through, and even Wall Street rookie Robinhood (HOOD) over the VWAP for a nice ripper!

What I’m Watching Early Next Week

As for early next week, a few stocks that could be on my radar around earnings include:

These companies are expected to report quarterly earnings Monday and Tuesday.

And, of course, all the stocks still on my rolling Go-To Watchlist could come into play.

It all depends on momentum, so make sure you catch me at 8:30 a.m. ET right here on Money Morning LIVE, and stay tuned for my 9:30 trading hour!

We not only make big moves – we have a lot of fun, too.